interpals search online (3313) language exchange
Error : Oops! If you are seeing this, your browser is not loading the page correctly. Please try pressing Control-F5 to force reload the page. If this doesn't work, you may need to update your browser :
Download Firefox | Download Chrome | Download IE 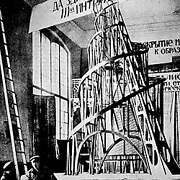 Reply - Conversation - Jul 20, 2018
Well, a lot of people (usually Anglos) call Germans Hans, which is in some regions spelled Hanz but the z ending isn't popular anymore. Hans was originally the diminutive of Johannes, which in turn is the German rendering of the Ancient Greek version of a Classical Hebrew name. Using Hebrew script would screw up the layout and the Romanized version of the Greek one is Iōánnēs. My name Jan also derives from it.

I'm sure you the "hanz" you asked for means something completely different but I'm high and felt like taking it literally.

Hello! Нow are you? I am tender, emotional, sensual, cheerful.You're such an interesting man! Contact me here >>> https://goo.gl/TTZc2X (You can copy the link to the browser).

Hello!!! Нow are you? I am tender, emotional, sensual, friendly.You're such an interesting man! Contact me here >>> https://goo.gl/39TjH8 (Copy the link in the browser).

Hi! Нow are you?I am delicate, emotional, sensual, friendly.You're such an interesting man!Contact me here >>> https://goo.gl/Y2pj6V (Copy the link in the browser).

And what exactly am I supposed to do?^^

Reply - Conversation - Dec 31, 2017
todos estamos locos :)
Please Sign In or Join for Free to view the rest of this profile.