interpals search online (5315) language exchange
Error : Oops! If you are seeing this, your browser is not loading the page correctly. Please try pressing Control-F5 to force reload the page. If this doesn't work, you may need to update your browser :
Download Firefox | Download Chrome | Download IE 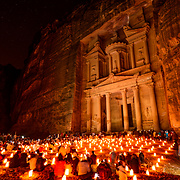 Hey.120 I enjoy when my candid photos look and compliment me. Will you watch them?
instagram:virtolysha

Reply - Conversation - Jan 26, 2019
Hello from Sweden. I hope you're having a nice saturday evening in Germany =)

Reply - Conversation - Nov 27, 2018
I agree with you but Laurie Anderson said "Language is a virus" and the movie Pontypool (2008) depicts a world on the verge of Apocalypse by a deadly virus which happens to be... transmitted by language (it might sound ridiculous but it makes a lot of sense in the movie). I think language is the source of evolution, but what if it reached its downfall and were also the path to alienation (meaning the less we can express the less we can communicate for real)? Lol, I swear I'm not under the influence of anything.

Reply - Conversation - Aug 3, 2018
Yes agree tht language are the key n hope it couldnt be a wall
1 2 [of 2]
Please Sign In or Join for Free to view the rest of this profile.