interpals search online (6502) language exchange
Error : Oops! If you are seeing this, your browser is not loading the page correctly. Please try pressing Control-F5 to force reload the page. If this doesn't work, you may need to update your browser :
Download Firefox | Download Chrome | Download IE 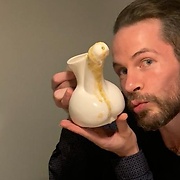 Reply - Conversation - Dec 30
Ok, so who else thinks, that the multiverse theories are likely a universal finality and death escapism, to avoid, having to fathom, that our expanding universe is finite, either when it reached its end or went beyond it's expansion limitation and when the then accumulated gravitational pulls of supermassive black holes may not only attract matter but reach the point of universal implosion, the way a supernova itself implodes if its gravitational pull turns it into a black hole?

Just in case someone else might think the same or in a similar way.
I'm actually wondering if someone gave it a thought or elaborated on how our psyche and human fear of death or the finite or other limitations, might be influencing our ability to evaluate universal concepts, which are already hard to theorize about, seeing, that we're as a species, like an electron, trying to understand the molecules of the sand corns we're a part of, being moved around by the waves on the beach of a planet, traveling through space in its own solar system.

Reply - Conversation - Dec 28
That magical moment, when you scroll down the feed and see someone post 3 magical little words and all you can think is: Yes, yes
Oh my gosh, Yes!!!!

What have I done in my life before I saw your short, but yet so significant message, saying these 3 words, that make you the most interesting, desirable and the most attractive conversation partner in the entire world?!?

Me, whenever I read someone say:
"I'm bored"

Reply - Conversation - Dec 16
To people in the US: now is the perfect time to do Kanye West flashmobs with people "impersonating him" in banks and market it as a PR act.

If someone robs the bank at the same time, no one will notice. Just saying...

Reply - Conversation - Nov 24
Does anyone else, when looking through all these bathroom mirror selfies, try to get an idea how to best redecorate your own bathroom or look for inspiration world wide, or what might look better when re-arranging furniture?

Reply - Conversation - Nov 16
I sometimes wonder what our world would be like if people used as many filters in their thought process and self perception, as they use when taking selfies.

Reply - Conversation - Nov 9
Has anyone working in the medical field or in research come across statistics or research related to case studies or statistic data on cancer patients with Trisomy 21 or if there are studies or have been studies on genetic treatments using the gen 21?

Reply - Conversation - Aug 30
It's not a silly bathroom cleavage selfie, but why not:
https://m.youtube.com/watch?v=jdcGnq56Dv8

Reply - Conversation - Aug 21
I know body language is an important factor in communication, but I wonder if posting a picture of your abs, really translates that well. Has anyone seen people in the wild lift their shirt to great each other on the street, as it seems to be a thing to add a "hey" or "hello there" to it?
I also wonder what the appropriate condolence body greeting would be.🤔🧐

Reply - Conversation - Aug 20
When reading people are still surprised about scammers being here (apparently only coming across scammers) and/or wondering passive aggressively why no one is writing them not understanding, that actively starting or maintaining a conversation requires effort from both sides...
1 2 3 4 5 ... [of 21]
Please Sign In or Join for Free to view the rest of this profile.