interpals search online (5091) language exchange
Error : Oops! If you are seeing this, your browser is not loading the page correctly. Please try pressing Control-F5 to force reload the page. If this doesn't work, you may need to update your browser :
Download Firefox | Download Chrome | Download IE 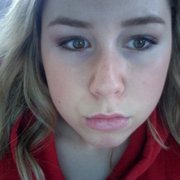 I've just been chilling out today, playing some frisbee with my mates, having a few drinks and laying about in the sun (yes, it was actually sunny in england for once).

Sucks being ill, everyone seems ill at the moment. Hope you start to feel better soon.

yeah, it went pretty well thanks. How have you been then? Been up to much?

Woke up at 9:30, started working.... it's now 8pm and looks like I'm gonna be up most the night doing it. Sounds good right? lol

Ah, sounds good.
CocaCola UK's marketing group came up with a viral campaign which was inspired by japanese culture, allowing them to increase awareness of their Oasis drink. They create a mockery of Godzilla called Rubberduckzi​​​lla and served the ad in full Japanese with the only english phrase being their Slogan "for people who don't like water".​​​

I could go on forever about this, but in short, they made a video which premièred on youtube, printed manga's and gave them away in magazines for free, created an interactive online game which used webcam, and put massive bilboard everywhere.

Sounds interesting, although business can be a bit dull at times. Marketing i more of the fun side, as it inviolves things like rebranding, logo design and viral marketing campaigns (such as duckzilla).

What do you mean by a retail buyer?

Haha, thanks.
I see your studying commerce at university... what kinda stuff does that involve then? sounds interesting.