interpals search online (6092) language exchange
Error : Oops! If you are seeing this, your browser is not loading the page correctly. Please try pressing Control-F5 to force reload the page. If this doesn't work, you may need to update your browser :
Download Firefox | Download Chrome | Download IE 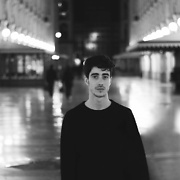 Reply - Conversation - Sep 17
Hi! The title is fantastic, I just felt like the story of the latter half is too compressed

Reply - Conversation - Sep 2, 2021
I see :) Yes, that's of course a matter of taste! I am the same with the Arabic countries, there are some things I really would like to see (pyramids, Petra etc.) but I am not interested in Arabic culture and languages. Only food haha.
No, I didn't learn Swedish, just almost :) There were courses at my university before, but the appointments were not good for me. :/ But I really wanted to learn it.
Yep, me too.. So they better hurry up, my patience is decreasing :D
OMG, I envy you so much! It must have been a really awesome trip!
Well, I really want to go to the Eurovision in Italy next year :) Just waiting for the host city, but it is still not announced, although they wanted to announce the name on the 30th August.. I really want to know which city will win the hosting!
And the other plan is the Azores and Portugal, although I have been to Lisbon already, I really would like to go the Azores and that's the next goal ;) What's the next for you on your list?

Reply - Conversation - Aug 30, 2021
Haha okay, fair enough :D Still sounds really nice! :P
Really? What were the things you did not like? I've always been a huge fan of Scandinavia, their culture, languages, lifestyle etc. so it was a dream come true for me now to visit Stockholm :) I am curious why you didn't like the place that much!
Haha yes, we are the same type like it seems :D I always pick one of them and watch them again, it's always nice. Fantastic Beasts too!! I can't wait for the next film!!
Ah I envy you now... Iceland is also a big dream! Maybe in the next two years I can go there, although I already have my plans for next year too haha that's why Iceland can be a plan maybe for the year after. How was it? Did you visit the whole island, I mean the big circle? Tell me more details please! ^^

Reply - Conversation - Aug 27, 2021
Oh a summer house! That sounds cool, where is that? :) Is it such a tipical Italian village house like in the movies? Haha
I enjoyed Stockholm a lot! It's a very expensive city, but also beautiful, clean, calm and charming. Really good museums, great pastry, friendly people, everyone speaks English. And also the weather was great, we had sunshine almost until the end of the trip. It only started to rain in the last few hours of the journey, so we were really lucky with that. I recommend it!
Well, I also like LotR, but I must say I like GoT and HP much more. I was a huge fan of Harry Potter, I still like it very much, enjoyed the books also and I am gladly watching the films again and again. :) It's never boring.
I also love the Marvel movies, I like to watch fantasy series as well.
Did you travel abroad during the summer?

Reply - Conversation - Aug 26, 2021
Hey, sorry for my late response, I've spent a few days in Stockholm :) Just arrived back home during the night. How was your weekend?
Well, I read the books and I loved them all! I think it was much better to read than to watch sometimes (especially season 5). I am curious whether I ever will have the chance to read the 2 missing books as well haha.
I see, than it makes sense. Which one is the absolute favorite?

Reply - Conversation - Aug 19, 2021
Ah I see :) Well, I haven't been to Split, but it's also on my list!
We had a round tour in the old town, Dubrovnik was the "base" for King's Landing, we have seen it's port, the bell tower, the street of Shame, the stairs of Baelor's Sanctuary - oh it was just awesome. And the tour guide also shared some insider information about the shooting, how the production went there from Malta etc. It was amazing ^^
Have you also read the books?

Reply - Conversation - Aug 18, 2021
That sounds great! :D My day is also good, thanks! I have recently been to Dubrovnik where I took a Game of Thrones tour with a local guide. It was awesome ;) Have you been there? I saw Croatia on your list, but I don't know which part of the country was that :)