interpals search online (5758) language exchange
Error : Oops! If you are seeing this, your browser is not loading the page correctly. Please try pressing Control-F5 to force reload the page. If this doesn't work, you may need to update your browser :
Download Firefox | Download Chrome | Download IE 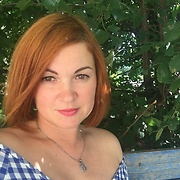 Reply - Conversation - May 23
Hello from England, I sent you a message... Best wishes

Reply - Conversation - Feb 15
If you were stranded on a deserted island and you could have only one item, what would it be?

Reply - Conversation - Aug 25, 2021
Hello there
I am Aruna from sri lanka
Glad to read your profile
Hope pandemic won't attack your family by now

Reply - Conversation - Jul 21, 2020
Good morning from where I live. This may give you an idea who I am: I was born on 9.9.1937 in Bombay. I studied in Don Bosco High School in Matunga up to the Tenth Standard and had to leave as my parents could not pay my fees. I joined New English High School in Dadar, which today does not exist. From there I did my Matriculation. I joined G.N. Khalsa College in Matunga. I joined in 1956 after doing my Intermediate Chemistry in the Second Class of Textile Chemistry in the V.J.T.I. I left India in 1957 by sea.
I celebrated my 23rd birthday in Germany. I was already 3 years at the University of Stuttgart, studying Chemistry under the guidance of great Professors, each worthy of a Noble Prize. I consider myself lucky to have such teachers.
I had to job at night to pay for my education and later for a family with a son who is today 56 years of age and undergoing treatment for Cancer.
I have been a witness of World History from very close quarters. It started In 1957 when I sailed through Suez Canal. The ships were sunk by the British, French and the Israelis into the Canal and were slowly being removed to restore the connection to the East. Then came the Crisis in Czechoslovakia, followed by Poland, the Berlin Wall, Yugoslavia, the Cuba Crisis, pulling down of the Berlin Wall, Reunification of Germany followed by many previous East Europe joining the European Union.
I returned to India in 1997. After stays in Mumbai, Navi Mumbai, I live now in Nashik.

Reply - Conversation - Jul 20, 2020
May I give you a recipe with the help of which you shall master English and French. Everything depends upon you. Do you receive English and French movies on YouTube in Russia? If so do the following: Watch an English of your liking in English, first for half an hour. Pause the program. Write down 10 words out of your memory out of the dialogue. Now build 5 different sentences of each word. Speak them out loudly. Continue the program. Do what I said for the first half an hour. That is the second part. Repeat it and do the same for the third and for fourth if the movie is long. This you should many times a day. If time permits try with French. In 30 days your progress shall tell you if you are a good student. I don't want anything from you, not even thinks. My being alone gives me such thoughts and that's how I learnt German when I went to the University. Be happy.