interpals search online (6336) language exchange
Error : Oops! If you are seeing this, your browser is not loading the page correctly. Please try pressing Control-F5 to force reload the page. If this doesn't work, you may need to update your browser :
Download Firefox | Download Chrome | Download IE 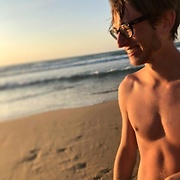 Reply - Conversation - Jul 28
They recently released a film that has a similar vibe to the Edge kf Tomorrow called Tomorrow War. Well i think i like the idea but it feels somehow rushing, too sci-fiy at some point you might think of the plot holes and obviouslly not as good as the edge of tomorrow. Starring Chris Pratt soo acting is not bad plus he's hot :p on scale 1-10 i gave that one 6,8. And i love the walking dead, currently finishing season 8 tho!
Please Sign In or Join for Free to view the rest of this profile.