interpals search online (6471) language exchange
Error : Oops! If you are seeing this, your browser is not loading the page correctly. Please try pressing Control-F5 to force reload the page. If this doesn't work, you may need to update your browser :
Download Firefox | Download Chrome | Download IE 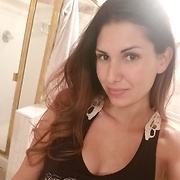 Hey there Rebecca. How's it going? I just wanted say that I have much respect for you and your openness to point out the negativity among the people. For me dealing with people in general is something that I've always been struggling with and sometimes it's hard to avoid negativity especially in the current situation we're all in. All I do at this point is to try my best to adapt and to stay calm and positive as I can. Anyway I hope you have a safe day. Take care.

Reply - Conversation - Mar 20
Among some amusing ones are (paraphrased):

"You don't look 41": Well there is no one 'look' for certain ages, it comes down to genetics, lifestyle, skincare etc,

"Your profile is fake because if you worked in law enforcement, you wouldn't mention it": Where to begin with this broken logic? 1: Law enforcement is a broad term, encompassing local, state, federal police, sheriff's departments, corrections etc, If someone said "I work for ATF's National Response Team based out of the Buffalo NY Division" that would indeed be a bit specific, I don't by the way, that was just an example, just being generalist and saying law enforcement doesn't really narrow it down,
2: I don't know how things are in Italy, but here people aren't ashamed of their line of work enough to hide it, if someone works in law enforcement they'll say they work in law enforcement, just a doctor will say they're a doctor or a mechanic will say they're a mechanic, surprising huh? Almost like people don't mind telling others what they do, weird isn't it?
3: If you washed out of the Academy, or didn't make it at all, don't send disrespectful and factually incorrect messages to me, jealousy gets you nowhere,

"You're wrong for not wanting kids": That's first and foremost misogynistic, since it's always a guy saying it, secondly women can make their own decisions regarding what they do and what happens with their bodies, shocking huh?
Not having kids is no more or less valid of a choice than having kids is, it's not up to anyone else, especially a male, to dictate what I or any other woman does,

"Your profile is too long": Finding a shorter one shouldn't be too hard, feel free to do that,

"Boo hoo, you told the truth and now my feeling's are hurt": Um so? If you're offended by hearing the truth, don't ask questions that involve hearing said truth, simple!

"I have a problem with 'random aspect of your profile' and I don't like it": Tough! Deal with it like an adult, or go elsewhere, no one's making you talk to me, feel free to find someone else


Important Note:
If I speak to someone great, if not great, if I make a friend great, if not great,
I'd like to meet new and different people and maybe make a friend or two along the way, and if I do that's awesome, if I don't that's equally awesome,
But I'm not desperate to make friends or talk to anyone, I generally keep this website open in the background, if I chat cool, if not cool, don't assume that just because I'm here it means I'm somehow desperate, and will thereby tolerate nonsense, because you've got another thing coming if think that.

So I'll make it real clear, if you have an issue with anything contained in my profile, tough! All I can do is tell it like it is, if there's an issue with that it's not something I can help you with, because it's your issue, not mine, yes the truth scares some people, but that's not my fault,
I don't read other people's profiles and make judgements and likewise I don't tolerate that in return,

Remember that old adage "If you have nothing nice to say, don't say anything"? Well that applies here too, so feel free to exercise that.

I'm married and lesbian, got a problem with that? Tough!
If you have an issue with someone simply because of sexual orientation, you're not someone I'd associate with, life's short and I have no desire to spend it around ignorant and small-minded people such as homophobes,
Everyone else who's normal and respects people regardless of sexual orientation and gender identity, I'd be more than happy to chat and hopefully someday become friends.

Reply - Conversation - Mar 8
Hi, 'dutchman_TV', if by typical you mean respects every sexual orientation and gender identity equally, and expects that same basic respect and decency in return, then yes,
If by typical you mean doesn't tolerate ignorance and small-mindedness such as homophobia or transphobia, then yes,

Not sure what else it may specifically be in reference too, since this comment only appears to have come after my previous one wherein I clarified I don't tolerate ignorance such as homophobia,

Not being negative about your comment, just making sure it wasn't a negative response to previous one, since the only people who'd have an issue with that particular, are the ones I'm trying avoid in the first place; ignorant homophobes.

Reply - Conversation - Mar 4
Just a reminder I don't tolerate any homophobic behavior, if you can't respect everyone equally, regardless of sexual orientation, then I'm not someone you should contact, if that's the case, please look elsewhere.