interpals search online (3005) language exchange
Error : Oops! If you are seeing this, your browser is not loading the page correctly. Please try pressing Control-F5 to force reload the page. If this doesn't work, you may need to update your browser :
Download Firefox | Download Chrome | Download IE 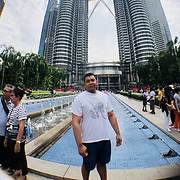 You've been around a little bit yourself. I recognize several of the places on your list, and the picture of you on the bridge definitely reminded me of Slovenia.

Ok. I'll be honest. I liked the Final Frontier. I really, really did. However, I felt there most definitely was a break between the Maiden back in 2003, then 2006 (where you really did feel that there was something off with the band, and that resulted in Dickinson's disease - though I liked that one too) and then you have 2010. And it is AMAZING. It really touches some emotions, if you are an emotional person. It brings you back in history, which is what Iron Maiden does the best. But it is not the Maiden of Dance of Death and Brave New World. The Book of Souls I hated, but all the real die-hard Maiden fans say it is the best album of all times. I found it personally ... disconnected. I didn't feel the storyline in it. Then again, as said, Bruce Dickinson was sick. And I will admit something MEAN. I am not a fan of Bruce's songwriting. And there are two songs on there that are by him. I mean, No Prayer for the Dying is the album I like the least, hands down.

Well, if I make you a list of my favorites, you might very well spit into my face. For one, I love Powerslave, it appeals to the suffering control freak inside of me. The Fugitive to my desire to disappear from a boring life. The Duellist whenever I am ready for a debate. Can I Play with Madness because that is my hobby. The Clairvoyant, if you get to know me, you'll know why!

It depends what you consider as really liking Iron Maiden? Am I going to get Ed tattooed on my chest? Nope. Do I consider it a religion? Nah. Will I punch Blaze Bailey in the face if ever I see him? Heck no, I love the guy. Do I consider Number of the Beast as the best Maiden song? Nuh-uh. Hence?

Yes! I saw them when they supported Ozzy here in Stockholm.

yeah dude!
Please Sign In or Join for Free to view the rest of this profile.