interpals search online (6233) language exchange
Error : Oops! If you are seeing this, your browser is not loading the page correctly. Please try pressing Control-F5 to force reload the page. If this doesn't work, you may need to update your browser :
Download Firefox | Download Chrome | Download IE 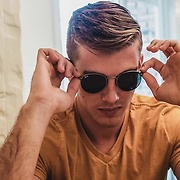 Reply - Conversation - Dec 26, 2021
Hello!
I am from Ukraine. I want to share with you the shocking information that became known to me in the process of studying the history of my country and the people living in it.
I decided to compare what was written in school and university textbooks of the history of Ukraine with the content of museum historical documents, as well as with what was written in the works of those scientists (historians and metropolitans), who are now considered the most authoritative in our country.
And, oh, the horror! All museum historical documents and all these authoritative Ukrainian scientists write in their works that the people who are nowadays presented to the whole world as Ukrainians are the RUSSIAN(!!) people!!! And, as these scientists write, we are the same Russians as those Russians who live now in Russia!
Can you imagine how impudently and cowardly the present Ukrainian power deceived not only the population of our country, but also the WORLD! - Including you!
And if the Ukrainians are really RUSSIANS, then it turns out that the Ukrainians are RUSSIAN SEPARATISTS! And Ukraine is a SEPARATIST STATE, which does not have the right to exist and be recognized even under international law!
Distribute this information to as many people as possible so that everyone knows who the people and governments of other countries are protecting in the face of Ukraine, a country ruled by lying, insolent and despicable separatists!

Hello Friend.
I am from Russia, and I would like to ask you for help.
I have long dreamed of moving to another country, but it’s not possible for me, because of financial instability.
And with this in mind, on the fundraising site, I created a fundraiser to make my dream come true. Here is a link to the site with my page. https://goget.fund/38Cl3CE
If you can help with anything.
There is no way to help, be kind, spread this link address to friends, acquaintances, someone, but do not remain indifferent.
I say thank you in advance, but a dream will come!